This is the first in an ongoing series of articles covering the trials, tribulations, and triumphs of building a company culture in the gig economy.

In November of 2012, I went with my gut and did something crazy: I quit my lucrative job at the Big 4 (where I was making good money but not really enjoying my work) to start my own boutique consulting company. I had two small children, a brand-new mortgage, a minivan payment – and an insanely supportive husband. With my trademark overconfidence and unwavering optimism, I got started by hiring a bad accountant and sending a lot of unanswered emails.

Fortunately, my rough start only lasted a few months: by February, I traded up and hired a great accountant, updated my LinkedIn profile, and learned about the power of my network. I began spreading the word to let my friends know my plan: I’m an independent contractor, ready and able to take on their companies’ training needs. And even though my friends knew me and trusted me, their companies did not. Though I was now a vendor, I was no one’s Preferred Vendor, and I certainly wasn’t The Vendor yet. I definitely had a lot to learn. So I began attending networking events on topics of interest (and to continue to grow my connections).

At one of these events, I learned that by 2020, 50% of jobs would be contract based – aka “The Gig Economy”. It made sense; in today’s agile world, companies can bring on expert talent to deliver on projects without having to train up their internal staff or recruit, hire, and pay salary and benefits to a new employee. Also at this networking event, I learned about subcontracting – the ability to do project (“gig”) work under the umbrella of a larger consultancy. I would contract directly with this larger consultancy (one of those Preferred Vendors), and they would add me to a team of other subcontractors to do work for their client. In this scenario, I was not exactly The Vendor; I was a subcontractor, a freelancer, a 1099, an independent consultant. This arrangement made sense to me as I was starting out, and I was excited to be part of this growing way of doing business.

I took on my first few gigs as a subcontractor, and I really liked it. It was a great way to dip my toe in as The Vendor, I was able to choose project work I enjoyed doing, and I was able to have more flexibility in my schedule than I ever had in the past. I was also making good money.

Yet still something was missing.

I wouldn’t say I’m never satisfied. I do, however, get an “unfinished” feeling when I know something can be better. As a subcontractor, I was brought on by a larger organization to fill a very specific role (in my case, typically The Instructional Designer). I was part of a group of other subcontractors “frankensteined” together to create a “team” (a typical team I worked with included a Project Manager, an eLearning Developer, a Facilitator or two, someone to do Quality Assurance, and me). I met this “team” via phone calls and emails, and I interacted with the client in the exact same way. Of the 7 projects I was a subcontractor on, I only ever saw my “team” or the client face to face once.

Because all of our meetings were phone calls, I didn’t even know what most of the people looked like or what having a coffee or small talk was like with them, let alone how to best work with them on delivering these important projects for our clients. I would IM with one of my team members, and since I didn’t know her very well, I was inadvertently taking her sarcastic comments as compliments. It took a snarky phone call for me to accurately decipher the tone. Though we were a group of individuals working toward a common goal, I wouldn’t really ever classify us as a team. I knew it could be better.

Four years to the day that I decided to quit my Big 4 job, my friend (and client at the time) Amir invited me to lunch. I thought we were going to talk about a new project at his organization. Instead, he started telling me about his vision of a new company. How he was going to quit his lucrative corporate job to start an “Unconsulting” firm, one that was going to disrupt the industry. How people were the most important part of the company, and how he wanted me to help build the culture that put people first.

I knew in that moment that Amir’s vision could change the way people approach teams of contractors. I also knew I had found the business partner I had been looking for. So, I went with my gut and did something crazy: I gave up my comfortable situation and started something completely new. I took on the challenge of creating company culture in the gig economy. I had so many ideas that I probably sent Amir 30 text messages after our lunch. But where to start? 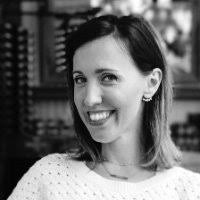 Meg is responsible for creating a cohesive culture for both full-time employees and independent contractors. Prior to joining Inspirant Group, Meg owned and operated Colette Allen Consulting and continues to perform charitable work through Colette Allen Charities.